In the midst of swirling thick snowflakes, a black motorbike rushed over a snow-cloaked road as its rapidly rotating tire launched a beautiful powdery arc out of a snow-white landscape.
The riders gaze was absorbed by the thick coniferous forest in front of him, and in an instant as if he suddenly had to think of something, he immediately pressed his center of gravity towards an unremarkable little path, passing through green, dyed dark and heavy by the weather, and soon stopped in front of thick branches and leaves hiding an enormous broken building, that seemed to have been abandoned for an eternity. The pitch-black streamlined metal beast stopped and released a low-pitched growl, as the tall and slender rider took the goggles of his head and hung them on the rearview mirror, pensively gazing at the magnificent, imperial-style building drowned into worldly oblivion by the torrent of the ages.

E took out a dark golden mask from his pocket. The ancient mask was scattered with old mottled marks, and also had four eyes characteristic of an oriental religion. After putting on the mask, he slowly entered a door that had been already pried open halfway, and the darkness momentarily swallowed his silhouette deeper and more profound than the dark night itself.

There was huge auditorium with a broken roof. E quickly swept over the whole space with his glance, how many idle and flustered years in a row did the adolescent never dare to rush into such an adventure? Passing through the rows of tables and chairs piled up as rubble, the boy silently stepped onto the stage covered in clusters of snow, facing the ranks of the audience imagining how a hundred years ago, someone stood in this position to receive thunderous applause. In any case, everything had already vanished like smoke in thin air, and what remained now was just a magnificent ruin.

E turned around again, carrying himself with a neither fast nor slow pace, and walked behind the stage to a giant grand piano that he felt to be familiar with, the top of the piano was cleverly inlaid with a portrait of a woman sitting in front of a piano, and although the woman’s face had long blurred and faded it could be seen that the woman in the painting was a smart and ingenious girl. Caressing the frame, the sharp pupils behind the mask seemed to soften in a flash, but the next second they already sunk back into bottomless darkness. E casted off his leather gloves, pulled the seat in front of the piano, adjusted it to his height, and sat down. He opened the piano lid skillfully, and it leaped to the eyes that the keyboard lacked several keys, but he didn’t seem to care that this musical instrument hadn’t uttered any sound for a long time. He began to tap the black and white keys quickly and smoothly. In this moment, it seemed as if the piano touched by the return of its master was trembling in joy, the huge space suddenly was filled with a low-pitched humming sound and suddenly, the initially dimly lit room was filled with a fast-drifting colorful glare, and its rushing light now fast now slow now strong now weak reached the two hands that all the while never stopped moving and now began to dance over the keys even faster, rendering the climax imminent. The glare gradually increased to the point where one could barely open ones eyes. The whole building was filled with a gargantuan rumble of anger, joy, trance, and sorrow. Spectacular, like Genesis, like the end of the world, suddenly, the sound of the piano screeched and halted, everything stopped resonating and only a remnant of a broken echo was left to be heard. Outside the broken window, heavy snow was still fluttering about, and even though the black sunset had already quietly fallen it seemed that everything that had just happened was merely an incredible dream. 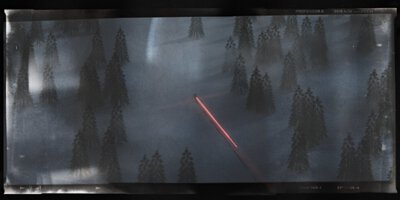 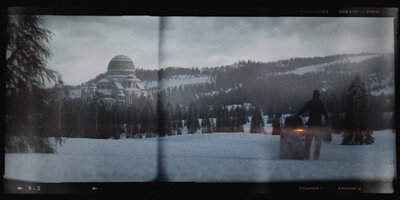 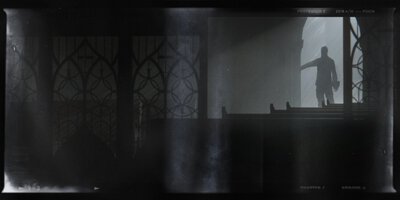 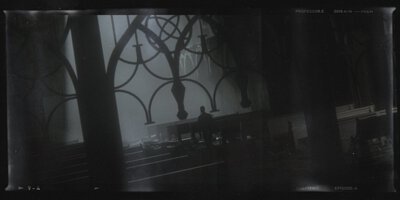 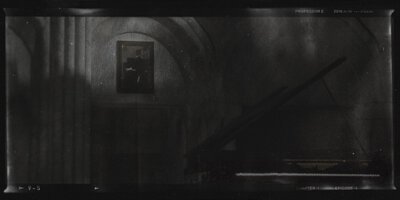 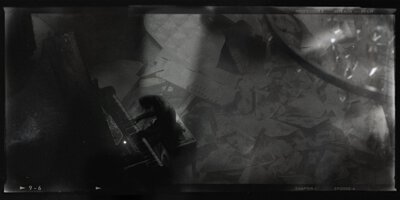 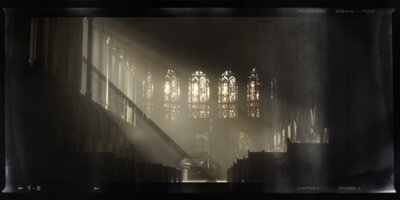 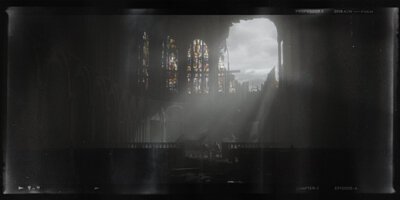